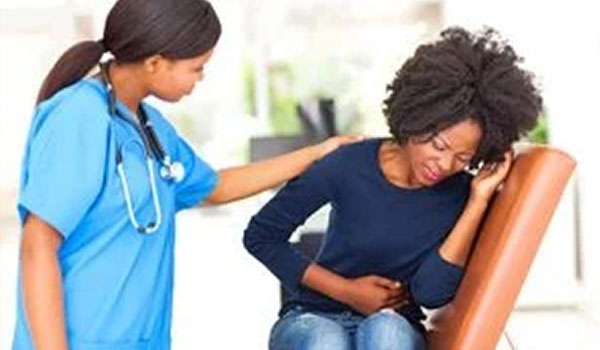 Gastritis is the inflammation of the stomach lining. It is usually termed acute or chronic gastritis. It can be due to many factors. These include a prolonged use of Non-Steroidal Anti-Inflammatory Drugs (NSAIDSs) such as Ibuprofen and Naproxen, excessive alcohol consumption, autoimmune problems (Crohn’s disease), sarcoidosis, isolated granulomatosis gastritis and stress or major trauma such as surgery, injury and burns. The two major causes are of either the bacterium named Helicobacter pylori (H. pylori), or NSAIDs 1,2.

It is quite common. Many individuals with gastritis may have no symptoms. However, both acute and chronic gastritis can exhibit abdominal upset and pain, as well as nausea and vomiting, belching, bloating, burning and a feeling of fullness in the upper abdomen.

When blood is in the stools or vomiting occurs, immediate medical attention is required.

How can Oil of Wild Oregano help?

Oregano Oil is a well-known anti-inflammatory 5. Taking Oil of Wild Oregano, may assist with the pain and other symptoms of gastritis.

Antibiotic treatment does not always inhibit or kill H. pylori. Regular use of antibiotics can lead to potential antibiotic resistance. The advantage of Oil of Wild Oregano over that of pharmaceutical antibiotics is that bacteria, fungi and viruses find it extremely difficult to build a resistance to it.  On the other hand, resistance to pharmaceutical drugs is common place and a growing problem.  When you think of it in terms of “Science of Nature” vs “Man Made”, it makes perfect sense.  The constituents of Pharmaceutical drugs are adulterated and replicated over and over to produce a particular type of antibiotic. Nature on the other hand produces a particular plant, and each time, depending on seasonal environmental factors, the various constituents of that plant will differ slightly in terms of levels and type, yet still produce an effective and natural end product. Thus, the science of nature makes it ever so difficult for bacteria to build resistance to the antibiotic powers of that natural product, because rarely will it be dealing with the same levels and synergies in the natural plant.  The same goes for fungi and viruses. There have been studies that suggest that the antimicrobial effects of Oil of Wild Oregano can inhibit and kill H.pylori 3, 4. The anti-spasmodic properties can relieve the nausea and vomiting, as well as the diarrhoea and indigestion you may be experiencing 2.

How to use Oregano for Gastritis?

Firstly, do not forget to talk with your doctor to see if you are taking any medication or have other medical conditions that may react in a negative manner with the Oil of Wild Oregano.

Here are some simple ways you can use Oil of Wild Oregano to help you if you have Gastritis or other gastrointestinal problems;

(It is important that this dosage relates only to an oil which is already diluted and presented for internal use).

– We recommend 1 capsule per day as a general health tonic.  Our capsules contain 100mg of Origanum vulgare essential oil.  More can be taken to combat a particular issue; various practitioners and literature recommend a higher dosage over a short period of time to attempt to deal with the bacteria and parasites which cause the gastrointestinal issues.  However, in terms of dosage and the likely benefits of the product for your specific issue, you must consult with a health practitioner. 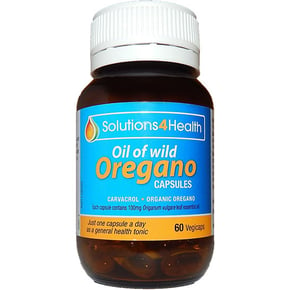